skip to main | skip to sidebar

This Flash presentation is powerful stuff.

After listening to the voice message left by CeeCee Lyles on her home answering machine, I don’t know how much more of this I can take. She was a flight attendant on flight 93 whose heart-wrenching farewell was recorded on the family answering machine. She was fully aware that the twin towers had been hit by passenger airliners and knew that it was unlikely that she would see her family again. Sad, sad stuff.

To be fair, the We Are Change group, has not yet addressed their own theories about U93, short of Bob D’s personal feelings that it may have been shot down. But nothing else presented to me has panned out after having wasted my time with further research. Not to mention, that all of the concerns presented by them have been thoroughly discussed in other forums.

I was not previously familiar with Bazant and his work, but after digging into it, he seems to be creditable guy with a great deal of structural design knowledge – certainly more than I have. Please, give me somebody that can understand and properly challenge his actual equations. It is complete BS to pooh-pooh his entire thesis based on an over-simplified line drawing taken out of context. Did they even read the report?

I thought Eliza’s responses to Bob D’s have been pretty solid. I think she has nailed him on a couple things – not that he would accept such.

CeeCee Lyles, and her fellow passengers knew that the plane was intended to be used as a missile, and that their only hope was to take back the cockpit. Perhaps they even knew that while this could risk ditching the plane, it might at least prevent the terrorists from hitting their intended target.

For the likes of Bob D to deny these people their last act of true heroism with unproven claims of missile strikes, diverted flight paths, faked phone calls, etc, infuriates me to the core.

It is one thing to question, that is what we skeptics do after all, but flat out denials are insulting when so much overwhelming evidence dictates otherwise. Some of these people believe that a missile hit the pentagon… how would you like to be one of the poor souls who had to the pick through the wreckage for little bits of human bodies for forensic identification?

I know that is an intellectual debate, and it is unfair to call to the emotions, but this is no parlor game, these are real people, who have left behind real survivors. These are men and women who suffered through the aftermath of the investigation and clean up. To discount or discredit these folks, with complete lack of evidence, sickens me.

I invite Bob D to reread the Wikipedia entry for scientific skepticism and then read the entry on pseudoscience.

Pseudoscience is defined as a body of knowledge, methodology, belief, or
practice that is claimed to be scientific or made to appear scientific, but does
not adhere to the scientific method, lacks supporting evidence or plausibility
or otherwise lacks scientific status.

As far as I concerned, most of these 9/11 truther theories fall into the realm of pseudoscience, and they still have a long way to go to convince me of otherwise.
Posted by JC at 11:36 AM No comments:

This Week on The Atheist Experience...

This Week on the Non-Prophets...

Worth the Efforts...
I have heard back from Wendy Malloy at the Pacific Science Center about coordinating a public event on February 12th (Darwin day) since the Lucy exhibit will also be in town during this time.

It sounds like they have just begun to think that far out, but she indicated that events coordinator was very excited about my suggestions. I would love for this to be something big… I was seriously thinking of taking time off and leaving town for the occasion, but with Lucy here, this could end up being a significant event for Seattle and for the general awareness of early human ancestry.

I will keep you posted.

It is hard to believe that I have known Jed Alexander for over 20 years now.

Lucy in the Sky with Darwin's...2ooth!
OK… this is huge. Lucy is scheduled to be here in Seattle Oct-4th through Mar-8th. Her visit also overlaps Darwin’s 200th on 12th Feb. What better way to celebrate both events by combining them? I don’t know if the Pacific Science Center has specific plans for this occasion, but it is worth it to find out, no?
http://www.reuters.com/article/pressRelease/idUS188394+25-Mar-2008+BW20080325
http://news.nationalgeographic.com/news/2006/11/061101-lucy-tour.html
Posted by JC at 8:36 PM No comments:

Another Reason I Love Seattle… 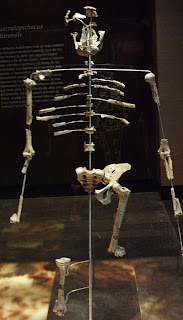 http://www.pacsci.org/lucy/
Lucy is coming! Donald Johanson’s book on the subject, though grossly out of date, is one of my favorite journals about the scientific method. I can’t wait to see Lucy!
Posted by JC at 5:13 AM No comments:

This Week on the Good Atheist…

Although a bit amateur, and uneven, these Canadians are at a greater disadvantage because the premier they speak of happened last April in the USA. I am so glad that this movie sunk into oblivion.
Posted by JC at 8:34 PM No comments: 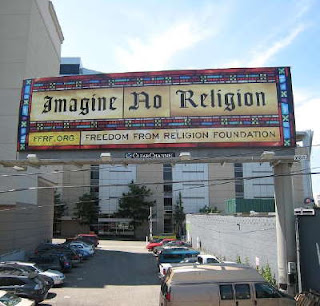 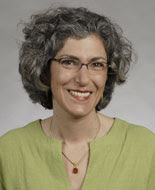 This week on Freethought Radio…

Freethought Radio will analyze Barack Obama's controversial decision to rename
and expand Bush's "faith-based initiative," using clips from his announcement
this week. It will also interview southern activist Pat Cleveland, who is in the
midst of the annual 4th of July bash in the heart of the bible belt sponsored
every year by the activist Alabama Freethought Association. Author Nica Lalli
will be interviewed about her memoir about growing up as and embracing being a
"nothing" when it comes to religion.

This week on Atheist Talk…

For Independence Day, we're proud to bring you Eddie Tabash of American's
United to speak with us about the Founding Father's views on the separation of
Church and State. If you've ever felt like the Founder's would not approve
of our government's actions regarding the entanglement of church and state you
can find out some good evidence about what they wrote and said on that topic to
make up your own mind.

Still not the most polished PodCast out there, Atheist Talk tackles this country’s fore-founders take on the… well, you already read the quote above. As far as I can tell, this recording is free of annoying nose whistles. If anything, the 4th of July is a celebration of the separation of church and state, and it reminds us that freedom of religion also equates to freedom from religion.
Posted by JC at 7:48 PM 1 comment:

This week on The Atheist Experience…

It is an expensive little vacation but [it is] completely worth it… it just a
great way to sort of boost your morale as a skeptic.

Martin Wagner gives a comprehensive recap of TAM6
Posted by JC at 7:07 AM No comments:

Yes, James Randi is only six apples high, but his message of truth is beyond measure

This Week on Point of Inquiry...

Solid interview with Ben Radford. I now regret not particpating in his workshop at TAM.
Posted by JC at 3:10 PM No comments:

This Week on The Skeptics’ Guide to the Universe… 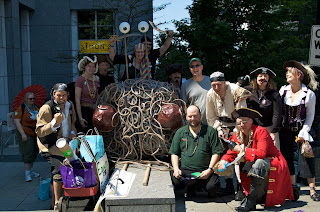 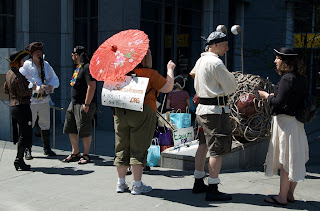 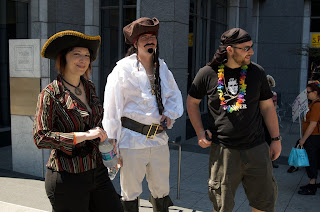 31 Million Views for a Reason

This Week on Skepticality
…Swoopy interviews both Neil DeGrasse Tyson & Adam Savage @ TAM6
Posted by JC at 5:56 PM No comments: 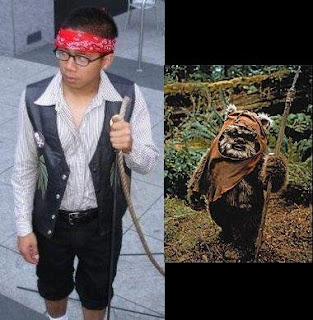 Seperated at Birth Redux
The now defuncked Spy Magazine had a great section called Separated at Birth. My friend Nado (rhymes with “Otto”) has posted a similar comparison of himself and an ROTJ Ewok. Personally, I think Nado is much smarter, and far more interesting than your typical Ewok.
Posted by JC at 8:27 AM No comments:

No Paine, No Gain: A July 4th Special

This week on Dear Science…

In this very special, very gay episode, Jonathan Golob and David Schmader talk about the possible causes of homosexuality. Did your mother make you gay? Probably.

TAM6 Aftermath: Newsweek’s Sharon Begley Pushes Penn’s Buttons (and I can’t say that I completely disagree with her) 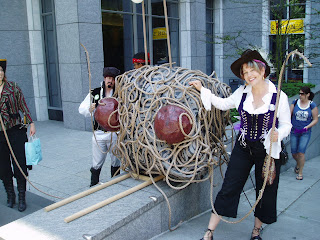 http://wearesomuchfun.blogspot.com/
Posted by JC at 6:37 PM No comments:

The Week on Atheists Talk

In honor of Gay Pride events going on world-wide, Minnesota Atheists are proud to present Wayne Bensen of "Truth Wins Out," an organization which exposes the lies of ex-gay ministries. Next, we bring you Jane Bowman who has researched 515Minnesota laws which discriminate against gay couples and their families. Minnesota Atheists strongly support those fighting for equal rights.

PZ Meyers recently mentioned that of the thousands of emails he receives each week, he has yet to hear from an Atheist that questioned evolution. Likewise, I have yet to talk to an outspoken Atheist that opposed gay rights… and that makes me too happy.
Posted by JC at 1:26 PM 1 comment: 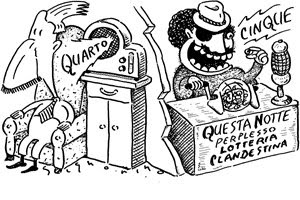 This week on Skeptoid
Brian Dunning tackles the mystery of number radio transmissions. I recall reading about these many moons ago in one of the Straight Dope books by Cecil Adams.
Posted by JC at 1:16 PM No comments:

“Wow. A fascinating ornithological study. When I was a kid, I lived in a house with a terra cotta roof, and a pigeon got stuck under one of the tiles and died. He was hanging out halfway, and every time it got windy, his carcass would blow around. He was up there for months, then one day he fell and landed in my backyard. He no longer had a face at that point.” 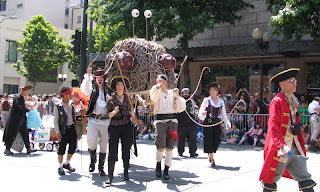 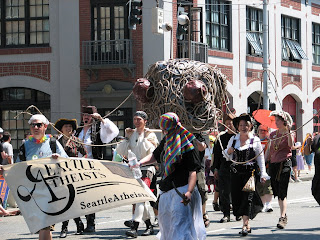